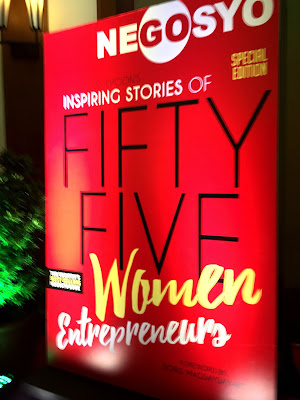 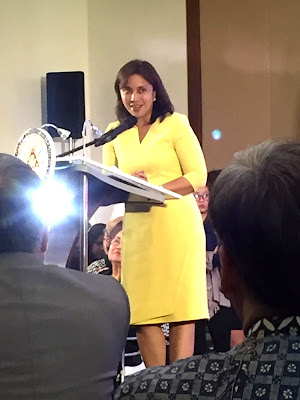 "When one feeds a woman, one feeds a whole village...." Vice President Leni Robredo shared at Go Negosyo's book launch last Tuesday.  She thanked the organization for shining a light on women and for proving that there is "no limit to excellence".
She urged women to mentor women as part of the process of moving the country forward.  Robredo mentioned that when you empower a woman, you not only free her from poverty but also you give her children and generations after her, "the audacity to dream".
Go Negosyo has been actively promoted business and entrepreneurship with livelihood training and forums for many years now.  Their 11th book, "Inspiring Stories of 55 Women Entrepreneurs"  will surely be a source of inspiration for many "womentrepreneurs".  It features fifty five stories, told by the businesswomen themselves, including Patricia Paterno, the Managing Director of  of Papemelroti.
Papemelroti director Christina Alejandro Burke and Atty. Alett Nuñez graced the event to represent Papemelroti.