Thank You for Helping Frank! 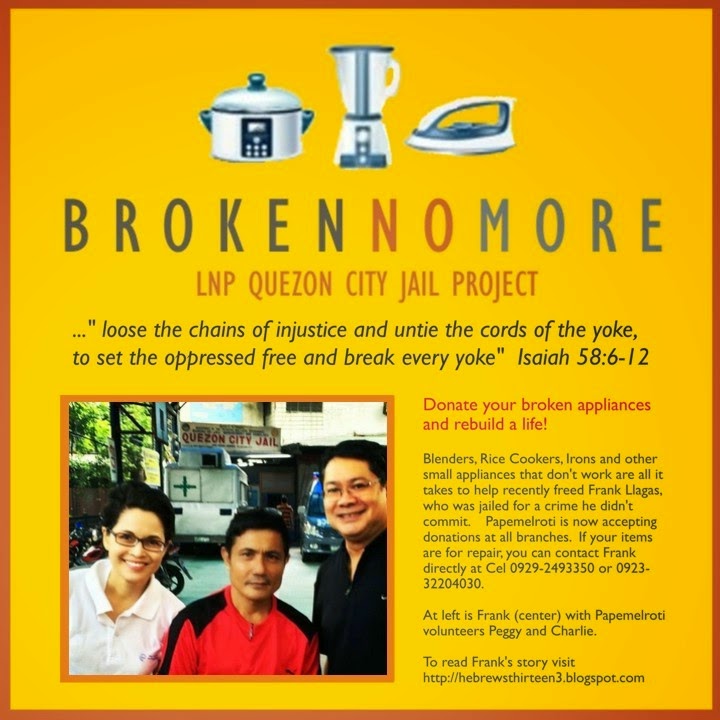 We want to thank you to everyone who donated appliances for Frank!
He is steadily rebuilding his life and it is largely due to the efforts of all of you that he is getting back on his feet. 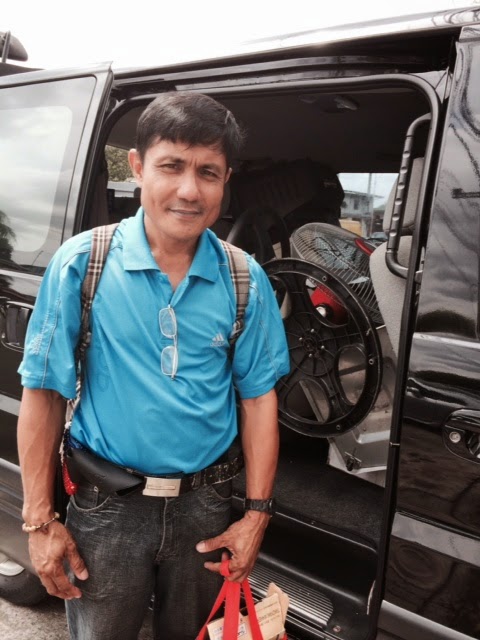 Frank Llagas was a victim of circumstance.
One day he was repairing appliances at an office and then next thing he knew, he was being charged with raping someone.  He was not even at the scene of the crime!
The one who pinpointed him as the culprit told him that she would drop the charges if he paid a significant sum.  Frank didn't agree to that so he lost 5 years of his life behind bars for a crime he didn't commit. 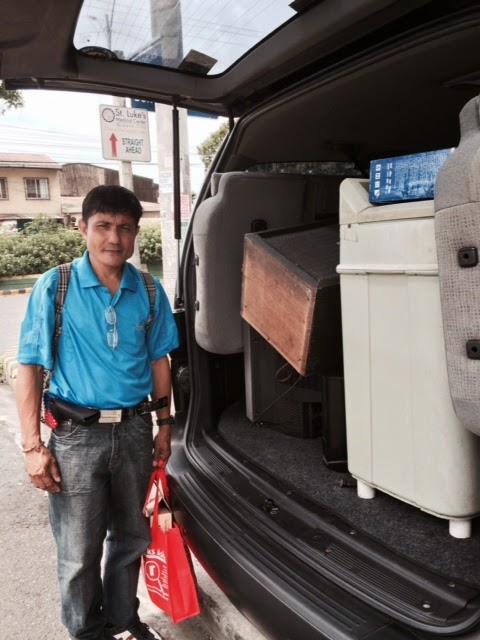 Thank God Frank is now free due to the efforts of some of the volunteers who serve at the Quezon City prison ministry (some of whom are workers of Papemelroti).  More on that here 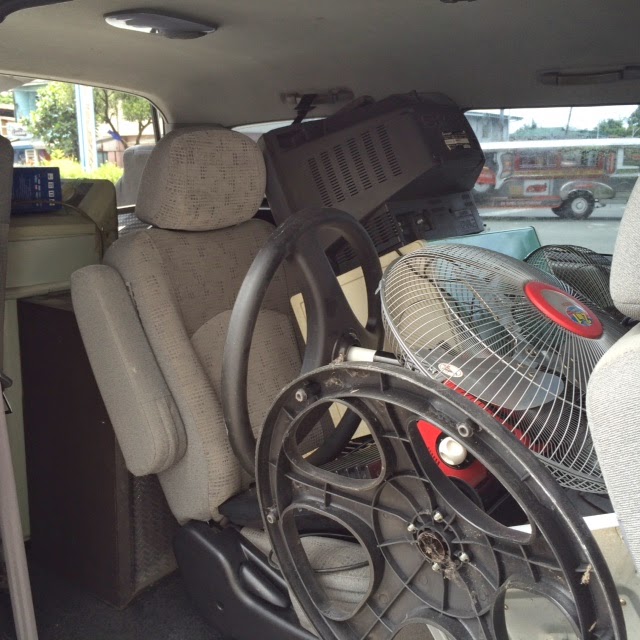 We highly encourage you to keep donating your broken appliances!  Drop them off at any Papemelroti branch as Frank still very much needs our support!
You can also help in sponsoring one Friday morning session!   The group ministers to the inmates by talking with them, providing spiritual nourishment and encouragement through a bible reflection.   You can come with the team or you may want to provide the snack food for them (like biscuits and juice).  Soap and other toiletry needs are also given.  To inquire on how to help just e-mail us at